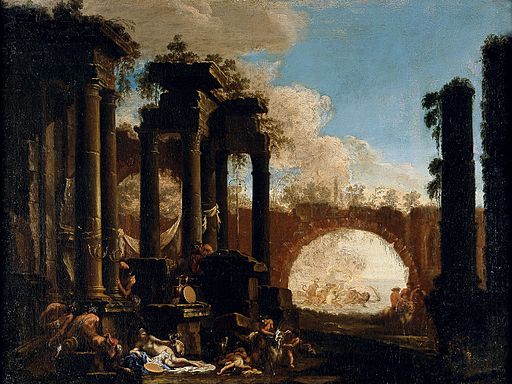 the evidence is incomplete but a basic derandomizing process is clear
We don’t need the full data to see what’s going on: a table puzzle starts to show subsets that are ‘filled in’ and demonstrate meaningful patterns
but is the combined evidence of a sequential and parallel set of effects
the sequential pattern suggests directionality/teleology
that takes the form of a discrete/continuous process (which is similar to punctuated equilibrium, a term we won’t use): xyyyyxyyyxyyy shows a discrete series of x’s inside a continuous series of y’s (or the other way around)
The parallel pattern is stunning: the evidence of the Axial Age, for example
a sequential pattern could be explained by some causation operating intermittently. But causation and teleology are quite different concepts
but a parallel pattern suggests a global/gaian process that operates on a planetary basis
the overall pattern shows that the discontinuous process works via a set of transitions
for example the period of archaic greece from ca. 900 BCE to 600 BCE is a classic example: the sudden eruption of innovations is massive and not caused by anything in the antecedent period. This process begins to wane within a few centuries as the system goes into ‘steady state’ (sort of)
the complete pattern can be studied via the text WHEE

The rise of modernity (1500 to 1800) is the last visible transition and the overall pattern suggests we are emerging from the eonic ‘macro’ process into free history, a very dangerous point because most of civilization is ‘system generated’ and not our free action: we are beset with nihilists who think history emerges at random and resembles survival of the fittest, giving a justification for mass murder (e.g. the american india). Such degenerate views are barbaric. Some higher process push/pulls world history, but only in the context of a system versus free agency: man makes himself, but only in the context of an elusive higher process.
The result is a strange variant of teleology in which a system sets direction while man executes the result…

This is enough to start: the data set for the eonic effect is very huge and the eonic model confusing at first. With a little experience it becomes clearer….

The issue of evolution makes the subject controversial, but the term evolution simply means a ‘brown paper bag to hold some data’. Darwinian usage is incorrect and ours can help to clarify the right context. For us the term ‘evolution’ simply refers to the data of the eonic efect in our case.
No complexity in the universe arises at random. Darwinism has produced untold confusion.
The deeper explanation here probably has something to do with ‘fine tuning’ arguments…