Even a cursory review of the earlier and then now recent history of the EU (Greece, England, now Italy) and then a consideration of the idea of an International suggests the obvious: the union is doomed.

Under the conditions of capitalism such a union is illusory in any case, and as a core begins to dominate and the boundaries in an age of globalization begin to annex adjacent disparate entities, but none outside a eurocentric zone, the whole game begins to collapse, in search of an equitable, global, non-eurocentric trans-adjacent union on the way to universal membership. 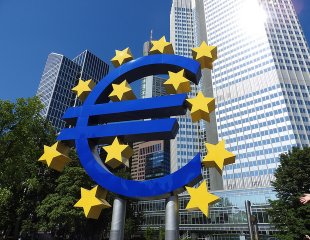 The European Union today is experiencing a revival of the very political conditions that its formation was ostensibly designed to eliminate.

Source: If the Euro Cracks—Blame Germany, Not the Italians | Alternet