Is that a ‘cliche’? Maybe, and maybe it should be: a ‘cliche’ is a snapshot, the snapshot of an ‘age of reason’ is what that trumpet’s tune is in its moment. And in its way it is a completely appropriate message to the future. Scientism and reductionism? Kant among other Rationalists/Romantics warned of that too. One gets suspicious: all the critiques of the Enlightenment started in the Enlightenment. Has no one heard of the coincident Romantic Movement? Is not Kant’s critique, Critique of Pure Reason? If we examine the modern transition as such, these liabilities can just as well seem assets. The modern transition comprises the Copernican Revolution, the Reformation, the Scientific Revolution, The Enlightenment in half a dozen versions form the German and French to the Scottish, The Romantic Movement, and several dozen other innovations and advances including its revolutions, economic facts, and soon socialist facts. All of a sudden in that orchestra we Reason tooting its horn, very appropriate… 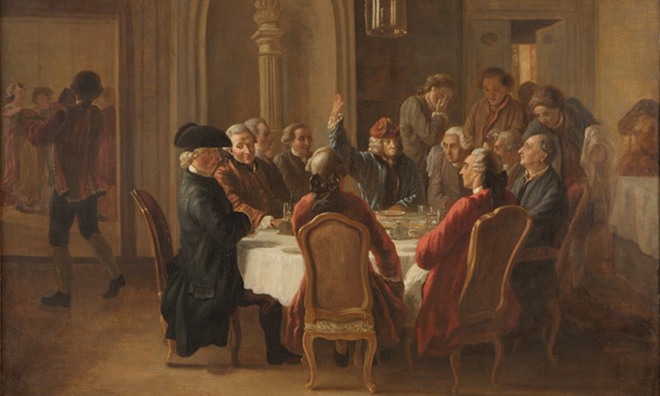 Source: Why the Enlightenment was not the age of reason | Aeon Ideas