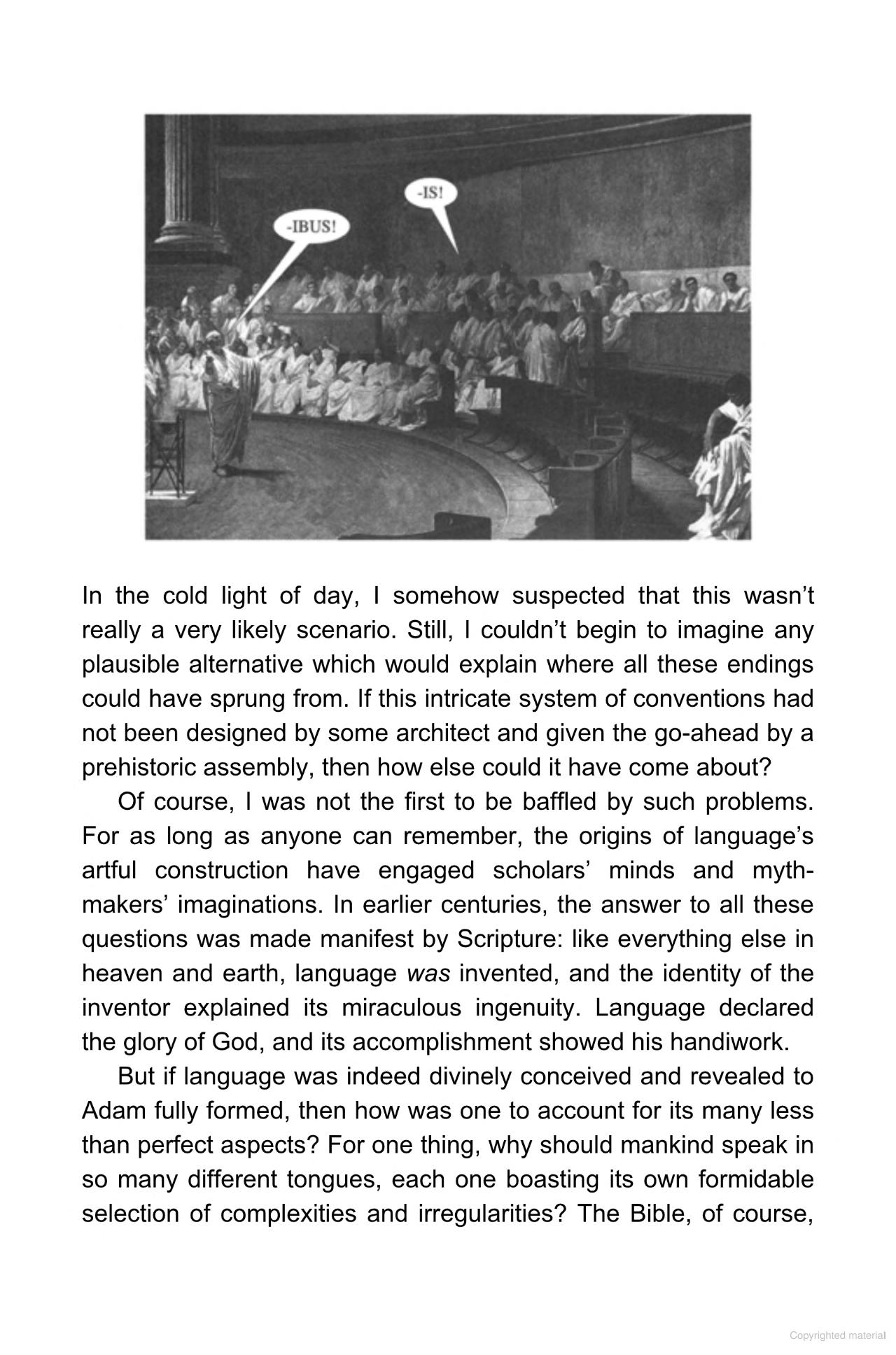 Blending the spirit of Eats, Shoots & Leaves with the science of The Language Instinct, an original inquiry into the development of that most essential-and mysterious-of human creations: LanguageLanguage is mankind’s greatest invention-except, of course, that it was never invented.” So begins linguist Guy Deutscher’s enthralling investigation into the genesis and evolution of language. If we started off with rudimentary utterances on the level of “man throw spear,” how did we end up with sophisticated grammars, enormous vocabularies, and intricately nuanced degrees of meaning?Drawing on recent groundbreaking discoveries in modern linguistics, Deutscher exposes the elusive forces of creation at work in human communication, giving us fresh insight into how language emerges, evolves, and decays. He traces the evolution of linguistic complexity from an early “Me Tarzan” stage to such elaborate single-word constructions as the Turkish sehirlilestiremediklerimizdensiniz (“you are one of those whom we couldn’t turn into a town dweller”). Arguing that destruction and creation in language are intimately entwined, Deutscher shows how these processes are continuously in operation, generating new words, new structures, and new meanings.As entertaining as it is erudite, The Unfolding of Language moves nimbly from ancient Babylonian to American idiom, from the central role of metaphor to the staggering triumph of design that is the Semitic verb, to tell the dramatic story and explain the genius behind a uniquely human faculty.