Are you kidding…?//Grease, trash culture and faustian occultism//Disco and Communism 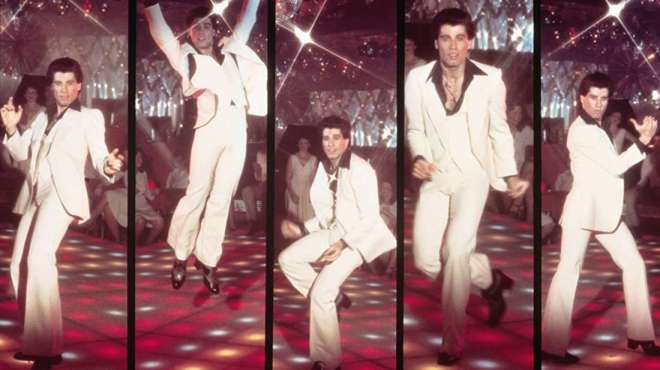 The Italian Communist Party saw culture as a key political battleground. But the arrival of disco challenged its assumptions about what music should be.

Grease? Is this kiddo kidding? For some there is sheer occult terror lurking around this grotesque film. I recall the period vividly. And years ago, lifting a veil just slightly we discussed via some hidden associates this film
in the context of Idries Shah and his electronics hobby (John ‘three volts’ Travolta), sufis tampering with pop culture, the ‘one word’ homonym rite, ritual sacrifice/soul rip-off to score a Hollywood success (cf. second string pseudos like Crowley who never figured it out) and a range of Faustian evils and the inevitable question mark as to the concrete meaning of the myth of Faust and Mephistopheles, first in Marlowe, then in Goethe. The latter were honorable art, although we must wonder at Goethe’s change in the plot, where the original Faust ends in hell. Study the eonic effect very carefully and look at the way true art is seeded.
Let’s not forget that the original was a tragedy, one of the greatest. Recall Crowley’s dreadful Book of the Law and its phrase, ‘every man and women is a star’ and start to wonder what is going on in the realm of ‘greased lightening’ and other forms of success. It seems the Mephisto sacrifice game is going wholesale, Hollywood Faustian mass production…This does not constitute ‘figuring it out’ and we will leave the discussion as mysterious to readers as it has remained to us. Tampering with Hollywood movies is a Sufi game, it seems, Barry Lyndon being another example. There must be dozens of other examples. And we cannot generalize a condemnation of a whole culture. Hollywood has turned into a form of mass production and there is no mystery to it.
I find it almost incredible to read such a piece at Jacobin (no blame) given the legacy of occult issues noted by us here: even as we discuss neo-communism here we attempt to look at things in a much broader cultural framework.
But have also tried to point to issues of occultism that the left is blind to and blindsided by, for example at The Gurdjieff Con blog, which disappeared but is being reconstructed in part. And the question of pop culture has an ugly side. I haven’t the foggiest objection to a left that can bypass puritanical attitudes toward popular culture. But we should not forget that much of it is manufactured b capitalist corporations. That as such is one thing, but as noted there is a deeper mystery here. Grease is cute, but in reality has to be the filthiest piece of Faustian junk one can imagine. Pure shit.
The vast majority of pop culture is mechanical art bound in profit capitalism so we should be wary of judgment in general. They have learned to milk human talents, so one remains baffled leftists would celebrate this mess of pottage. A left that is so ignorant will end up being neutralized by dark Sufism and those gangsters are alive and active with figures like Gurdjieff whatever our harsh judgments indirectly giving the game away. I am not a Sufi, but have fringed their world and what I find out I give away also, which means I don’t know much. ‘Dare, will, know and be silent’ say the occultists.
I say, ‘dare know will and shoot your mouth off’. Bad thing to do? I am not a Rosicrucian but ‘do what thou wilt’ applies here. But we have given away nothing here.
The left would do well to consider the dark side of pop culture and beyond that the place of real art in the context of the eonic effect, and in particular the history of the ‘tragic’ genre in ancient Greece and beyond. (It is obviously no coincidence that Greece and Grease are homonyms, but the logic escapes me).
That said, the strange charm of the Beatles stands out as seemingly exempt from our Faustian expose. But who knows? Nonetheless, we can confuse our discussion with the sixties hippy style rebellion, and that is something different, but soon long gone. The wasteland in their wake has an almost disgusting side and the question haunting lingers, how could true leftist culture create a robust and wholesome art. But given the reality of Stalin who puts whole sections of his covert agencies into occult experiments/research we can’t be optimistic.
In any case the left should be wary here. The minds formed by historical materialism are dull wits, and this tale of the Italian left is bizarre indeed…
EJ Gold wrote a book called Sacrifices, a piece of trash with almost no information on these subjects. He seems to have figured out the Sufi trick of tampering with Hollywood movies. Watch out.